A lot of questions come to mind when we find abandoned things. Whether it's an abandoned building, stadium, car or an entire city, there's such an irresistible rush to ask what was and what could've been the stories behind abandoned objects and those who left them. Buildings and cars play essential roles today, and it's surprising to see such objects left in desolation. But what can be more haunting and captivating than abandoned airplanes? There's just something more about the abandonment of air jets: crashes among other reasons explains why planes are left to rot in weird places. Here is a list of abandoned airplanes in the world that are left to decay and spend the rest of their time grounded. We have 50 of them; read on to find out why these planes are stuck in the deep. 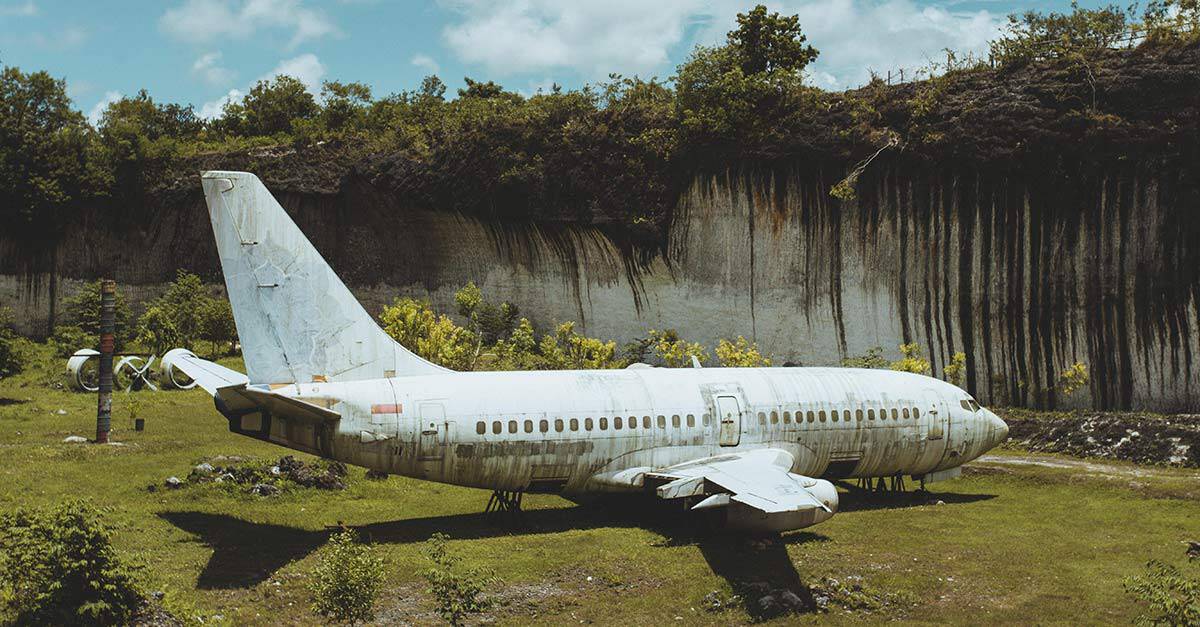 The Boeing 737 in Bali, Indonesia has no branding badges to identify it. It currently sits off the Raya Nusa Dua Selatan highway in Bali. Since its location is not far from the famous Pandawa Beach, tourists who come to the beach often turn the Boeing 737 to a tourist spot. Surrounded by shipping containers and dilapidated huts, how nobody noticed the arrival of the airplane remains a mystery. There are speculations that the aircraft was going to serve as a restaurant but became a failed project when the owner could no longer finance it. Although no one can tell the exact arrival date of the plane, there are likelihoods that the aircraft has been there since 2007.

Click 'Next Page' to see the next abandoned airplane